To Botswana: You are the last great Hope for the Elephant on Earth

To Botswana: You are the last great Hope for the Elephant on Earth

A letter to the Southern Africa country after hundreds of elephants were found dead.

I write because 300 or so titans have been lost recently in Botswana, elephants that died not at the hand of man, to poachers, but to something just as insidious — irrevocable change in the climate of the world. Droughts used to be every 11 years in East Africa according to one Turkana elder in northern Kenya. Now they come every few years. Laibons, or medicine men who could gauge the weather didn’t tell their village if a drought was on the way, because they didn’t want to instill fear among the people. That was in the old days. It seems today we live on another planet.

Everything has changed since the coming of the white man. Indeed, everything has changed in the last 100 years, perhaps irrevocably. That is why elders call this time the “noisy time” or the “deaf time,” because the children don’t listen to the elders, hence the “time of confusion.”

We don’t yet know what killed the elephants and many have ruled out poachers because the elephants maintained their tusks. But humanity has been influencing the climate a lot as of late. Southern Africa went through an enormous drought last year which includes Botswana. Botswana, you bear an enormous responsibility and a confidence unique on Earth, to maintain and care for the greatest concentration of elephants anywhere on the planet. This is a treasure and a wealth, no other country on earth can match. 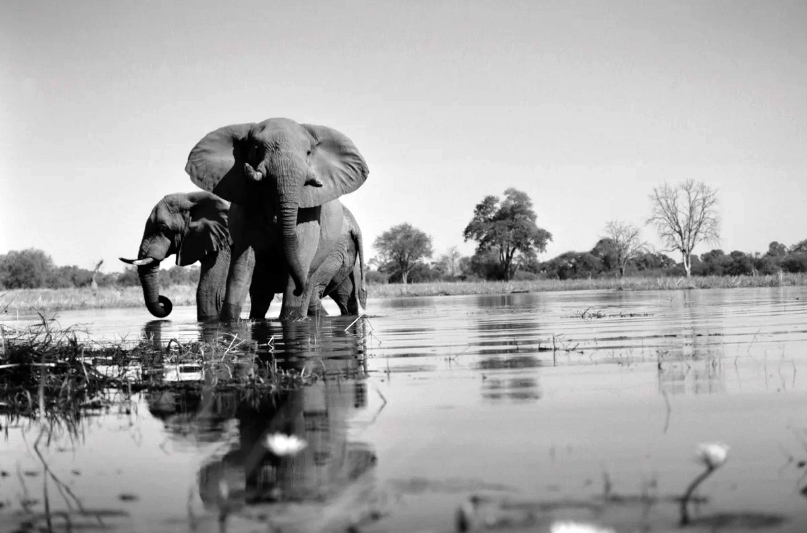 Many have said that there are too may elephants concentrated in one area. That they are being overwhelmed. Some elephants may have come from Angola since the civil war there ceased after almost 30 years of conflict after independence from Portugal. Others may have escaped the mayhem of Mugabe’s regime on the other side of Botswana in Zimbabwe, elephants being migratory. In the last decade elephants underwent a calamity since 130,000 or so were lost at the hand of man for ivory, in one of the most insane massacres ever inflicted on another species. Will their minds, their souls ever be at peace?

I know you have had a change of policy recently and you believe that some trophy hunting should be allowed, 400 a year. At what cost to the greater population? What trauma are the elephants and the family structure of elephants to inherit from our inhumanity and barbarity? There has been evidence of poaching in your country. It is known that drought can cause cyanobacteria growths which can induce weakness, difficulty in breathing, liver toxins, convulsions, and a platoon of neurological problems. The elephants are being stressed as never before.

I do not speak as a biologist or a chemist or an expert. I write because years ago my wife and I were moved by your country unlike anything other in Africa. We spent time with the Bushmen who are your first people, the world’s oldest genetic group. We witnessed their trance dance, the oldest cultural ritual on earth that goes back 3,000 generations and heard stories of the time when humans and lions had a truce. That truce may have been broken in the last few generations, but I hope humanity will ultimately find a way to cohabit with these ineffable and irreplaceable predators so that both species, somehow, find a way to live alongside each other.