Meeting with an Elephant

Meeting with an Elephant

At the age of 11, Lysander Christo traveled to the Okavango Delta with his father Cyril Christo. They visited this important location because it is one of the last sanctuaries for megafauna, especially the African elephant, on planet earth. Lysander captured these photos of elephants and a year later composed this poem, reflecting on the plight of this great species.

The silent tread of monumental feet
Parading the land from north to south, from east to west
The ivory glimmers like nothing before
The richest thing one could ever hope for

They guard the trees, they plant the new
When they come and touch you, you sense
the knowledge of godly powers.
For they formed the world that is ours.

And naturally for the traditional human thanks
we blow their brains out with guns that were stripped from tanks
Their serpentine nose reaches painfully towards the scent
Of a friend’s flesh, as he smells them decompose

If you’ve tried to help them,
You will know who is friend and who is foe
For the friend they are majestic
For the foe they are authentic

In this unprincipled time of elephant carnage in the name of ivory, my wife, son and I have come to view elephants as being on equal footing, searching for them with a guide on conservation lands.

We met the elephants without harm, without display, seeing that hope and the memory of life still moves in both their veins and ours. Africa, and indeed this planet, is burdened with too many people. The elephants’ slaughter has been without reprieve for too many centuries. Now, in their eyes, we have seen into the soul of the earth itself. 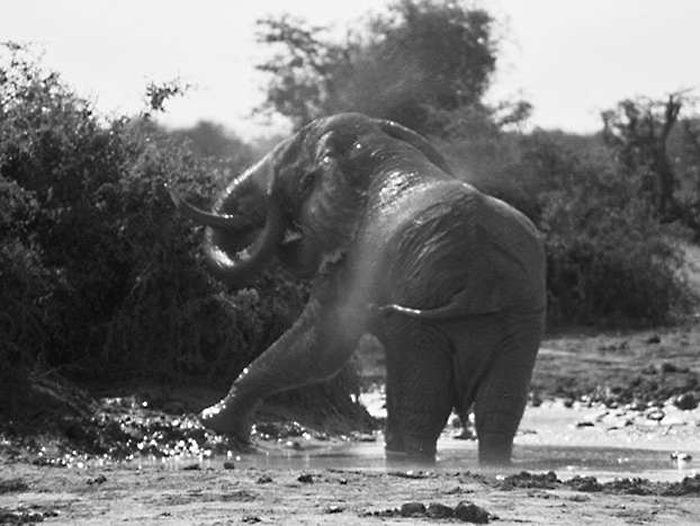 Photo by ©Lysander Christo. Photo cannot be reproduced or used without permission

The elephant in view walked away from the waterhole, toward the trees, seeing the three of us like diminutive beings, silent, obedient and slight. We were surprised that the elephant tolerated us, that he didn’t turn on us or reduce us to dust. In our gaze the overbearing precipice of our kind faded and for a brief instant we were transformed into something else, not human, certainly not elephant, but a rare being struggling to emerge into something nobler than itself. To destroy us would have been too easy, perhaps.

In 2010, while doing research on the white lions of Timbavati, we went to South Africa and found ourselves in a bush surrounded by white rhinos. We called out to the elephant with our gaze and surrendered, something too few humans will ever know. 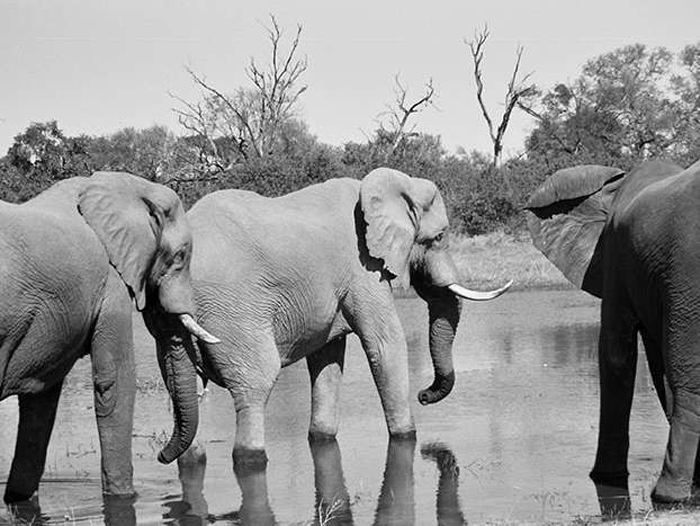 Photo by ©Lysander Christo. Photo cannot be reproduced or used without permission

And we succeeded! We grew another skin and for a brief spell elephants gained new consorts, deeper beings who will, at least in our dreams, one day transform into full-fledged elephants. I heard it said that some tribes believe that there is a seed of a human inside each elephant. Rubbish! There is a seed of an elephant inside each human being. Cultivate that seed!

Now we had finally been touched by the features of origin itself. In this tenuous time, we ask that you accelerate the peace the world needs. You will not find it without the elephants. Change the climate within and you will succeed in changing the climate without. The heat of the world is in your hands. We left the elephant knowing that some of us will reconstitute our world and maybe some part of the larger symphony of this time. Some of us are brave, trusting in the inimitable bond between two unlikely beasts.

And those we have killed by the hundreds of thousands will come back to haunt our sleep, until we realize that we are but a creature with a too-ponderous mind, who walks upright but who has forgotten how to listen to the sun.

Mesmerized by the weight of the world that had just passed, my son Lysander said without fear, “It is amazing that they still trust us after everything we have done to them.” On his shoulders and in his heart lie the promise of future generations, both human and elephant. 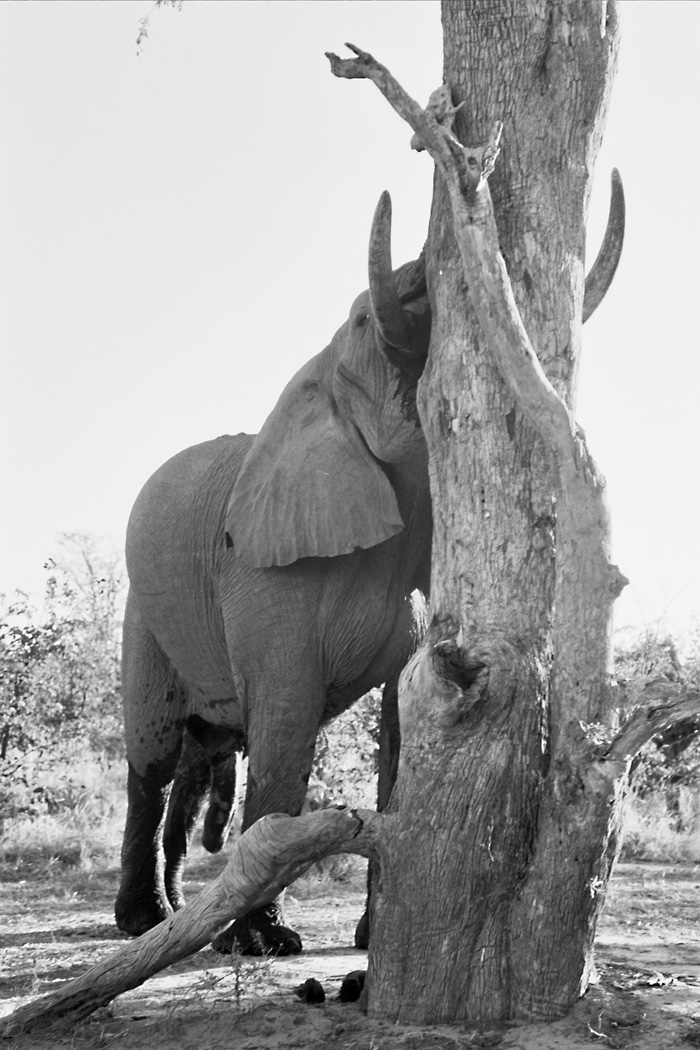 Photos owned by ©Lysander Christo, and cannot be used or reproduced without permission.