A call to action video on the plight of the rapidly disappearing lion population in Africa. All supporters of the film will be acknowledged in the film’s credits. New evidence suggests that the lions that remain in West Africa are genetically unique compared to others on the continent. These last few West African lions must be protected, and the United States is in a unique position to help. Listing the animals as endangered would in general make the import of lions and lion parts illegal, and create momentum for international conservation efforts. Urge the United States to declare West African lions endangered, before it is too late. 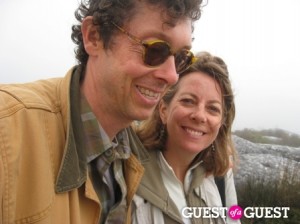 SHORT FILM | Endangered elephants. “Walking Thunder: The Last Stand of the African Elephant” is in its final stages of production. We hope to begin post-production in the coming months. All supporters of the film will be acknowledged in the film’s credits.

Walking Thunder is a superb tribute to the remarkable beauty of these endangered animals. Read More below.

INTERVIEW: “The Walking Thunder book came out in the fall of 2009. And we also did some videotaping, filming, while we were photographing–sometimes the light isn’t great, sometimes we’ve just run out of film at the end of the day, sometimes for our own personal uses. The moving image is more compelling–as compelling or more compelling as the still, or compelling in a different way. And so the book came out and the poaching issue has just been increasing dramatically. We’d be talking but we’d be also continuing our research and following the elephants.

A certain amount of the proceeds of each book–we would have to deal with the publisher–would go to organizations that work with the elephants–one is The David Sheldrick Wildlife Trust, and the other is Tusk.

It has to be a people-based–it has to be a community-based solution or evolution of how you live. So we kept track of what was going on with the elephants and the increase in poaching, the present Asia market in east Africa, and we decided to stay on it. And then we took our footage and thought we would make a little short to say something. And that’s how The Last Stand of the African Elephants came into existence. And as we put it together, we realized that something that isn’t just a straightforward Discovery Channel, National Geographic channel documentary but something that actually gets to the poetry and the overarching, philosophical, global importance about the elephants in all our cultures.

Not simply, you know here’s an elephant it weighs this much, it lives this long, it does this, it does that. How do we actually tie into our cellular memory, if you will, and recognize that source of so much story, whether it be the indigenous story of a certain place, of a certain tribal group, whether it be, you know, European, American European urban school kids reading Babar and seeing Dumbo. But the elephants are around but they may not be. And what’s happening to them is not only greedy and lustful but outright barbaric.”

EXCERPT FROM GUEST OF A GUEST: READ MORE