Lessons from the Bushmen of Africa’s Kalahari Desert

About 5 percent of the world consists of indigenous peoples who live in 80 percent of the world’s most biodiverse habitat. That is why their vision is needed now more than ever. Hearing Laurens van der Post address a group of about 4,000 at St. John the Divine talk about the return of the light for Christmas, was to hear something of a gospel for our time. Whatever the mystique surrounding him, some called him the “conscience of the Western World.” But it was when he spoke for the first peoples of the world, the oldest continuous genetic group on earth, the Bushmen of the Kalahari, that made the greatest impression for their consciousness of the minute and first things of the world as well as their abiding to a cosmos we have lost touch with. Van der Post recognized that modern man had become an outcast before the universe and desperately needed to hear the language of the cathedral of nature, the only one that could restore mankind and his increasingly fragile being in this tumultuous time.

Hearing him fueled our interest to visit the Bushmen as so many anthropologists such as Richard Lee, Richard Katz, John Marshall, his daughter Elizabeth and Megan Biesele have done. The seed of so much of the Bushmen’s lucidity is based on a vast intuitive knowledge that predates all history, when humanity were hunter gatherers and whose profound cosmology contains the oldest seeds and mythic sense of our place on earth. Their acknowledgment of the spirit of the creatures of earth are indispensable to who we are as a species.

The Bushmen’s deep respect for the gift of nature was the basic touchstone of what makes us human, qualities which modern man has consummately lost. The Bushmen “feared the loss of soul one of the gravest calamities that could befall” a person.

In light of our precarious time on Earth, the Bushmen hold one of the keys to recollecting ourselves before the tragic dismemberment of nature, that threatens to pull the human spirit apart. 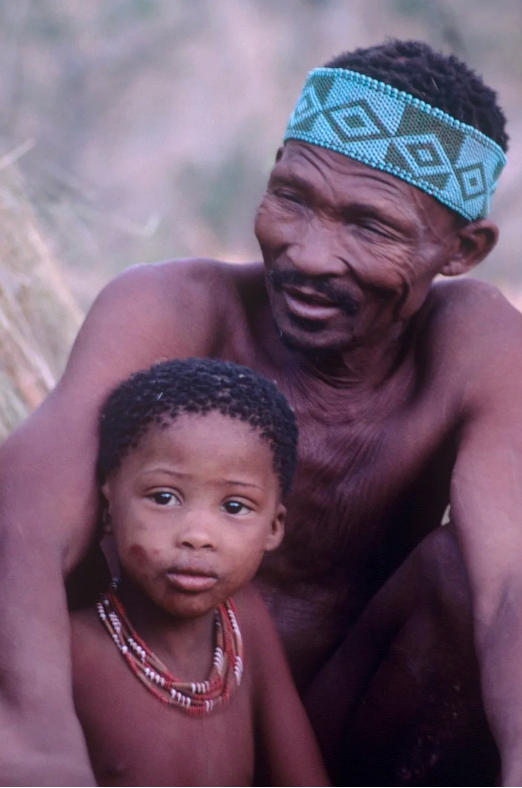 About a 100 years ago Jane Addams, the Nobel Laureate wrote, “Society cares more for the products it manufactures than for the immemorial ability to affirm the charm of existence.” It has been the great curse of our civilization to care more for the manufactured, processed industrial goods of society than the relations between ourselves and our ideals and ability to support the greater meaning of who we were on Earth, what our place is on this small planet. For Laurens the great cosmology and story the Bushmen harbored within their small frames was a direct link to the universe. They lived in a state “of extraordinary intimacy with nature” that few of us can fathom today in the uproar and haste of our modern lives.

Laurens wrote, “What particularly prevents us from knowing is that the world appears to have lost the sense of the importance of the small in life. Obsessed with mere size and number, we have been deprived of the feeling for the immense significance of the tiny, tentative first movements in the individual heart and imagination.

Although our neglect of these impulses is destroying one system after the other around us, we go on ardently giving our allegiance to the great established order, as if its continuance were assumed. In our era of vast numbers and unreal collective abstractions, the story of this first individual and his imagination is more important than ever, if only because it establishes that at the very beginning of things man was an individual, a hunter before a herdsman, the single Adam made in the image of the first spirit before the making of the many.