We are looking for collectors of our 20 x 24 inch black and white photographs for research in the field on a film about the meaning and importance of the lion. 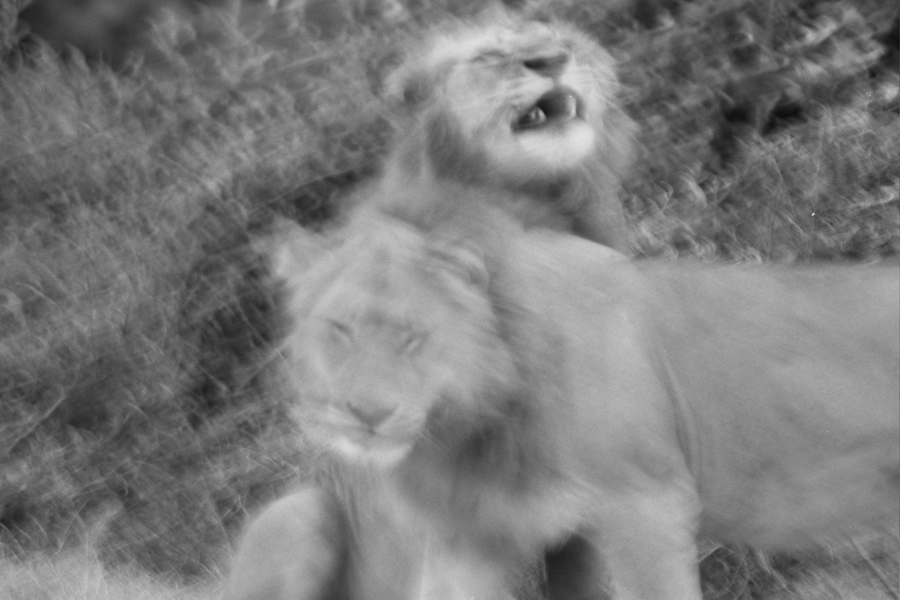 Some updates. In August of 2011, my wife Marie and I helped alert the world to the elephant slaughter 9 years ago and convinced Vanity Fair to run the extraordinary article, “Agony and Ivory” (by Alex Shoumatoff) on the future of the elephant. That article galvanized the world. I also convinced John Hemingway with National Geographic to understand that Battle for the Elephants was the first film this decade (Feb 2013) about an issue that will determine the future of an entire continent – Africa. The film also helped Kenya’s Hands Off Our Elephants movement, and we are also finding funds for the Manyani School in Tsavo, southern Kenya, the top anti- poaching ranger training school in all of Africa to stop the killing of lions, rhinos and elephants. Kenya has the best anti-poaching record of any country on the continent.

Throughout this decade, we were following our son Lysander as he experienced the marvels and great challenges of Africa.  We made the first conservation film from a child’s perspective – Walking Thunder: Ode to the African Elephant. The trailer can be seen at www.walkingthunderfilm.com. The film received standing ovations in Santa Fe and Taos, and will soon premier in Barcelona! Currently, our LA-based team is working on distribution.

NOTE: If you would like to see the whole 93 minute film please let us know.

We are looking for collectors of our 20 x 24 inch black and white photographs for research in the field on a film on the meaning and importance of the lion to indigenous peoples and humanity as a whole called, Silent Pride – The Last Lions of Africa. All collectors will get a credit in the final film. Marie and I were the only husband and wife team on the planet to place in the 2015 cop21 Paris Environmental Photography Exhibit for the Paris Climate Accord.

Where would Eugene Delacroix had gone if there had been no lions? Today there are no more lions in Morocco, and the total African population has declined over 95% in the last 40 years!

As Delacroix in 1893 once wrote, “Tigers, lions, jaguars, lions etc. Why is it that these things have stirred me so much? Can it be because I have gone outside the everyday thoughts that are my world: away from the street that is my entire universe? How necessary it is to give oneself a shake from time to time; to stick one’s head out of doors and try to read from the book of life that has nothing in common with cities and the works of man.“

If you would like to collect our work please call us. We can schedule a private showing of the available prints.

Jane Goodall has written the prologue to our next book, Lords of the Earth – The Entwined Destiny of Wildlife and Humanity, and endorsed our film!

“The film ‘Walking Thunder’ is an outstanding achievement. The time and talent dedicated over a 10 year span has resulted in a mesmerizing portrait of the wild Africa that still remains, despite increasing pressure from both the wildlife trafficking trade and the ever-growing human population. We must do all that is in our power to ensure that these incredible animals can remain in their habitat whilst ensuring that the human animals with whom they share the continent can also survive in dignity.”

Jul 06, 2011 · Photos: Endangered Elephants in the African Wilderness. They’ve produced two books— Lost Africa (2004), on the tribes of East Africa, and Walking Thunder (2009), about the elephants of Africa. It was Christo and Wilkinson who brought the critical story of elephant survival to the attention of editors at Vanity Fair.

From shrinking glaciers to extreme weather and urban waste, world’s top photographers present images that capture what is at stake as world leaders seek an international climate agreement in Paris

Mongabay caught up with Cyril Christo from his home in the southwestern United States to talk about “Walking Thunder” and the issues it deals with. A young African lion. Image by Lysander Christo.

Documentary Captures the Magic and Majesty of the African …