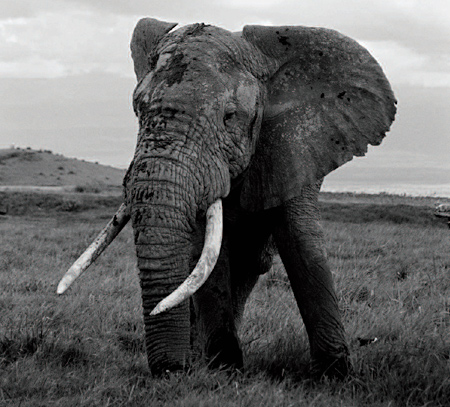 Africa, the greatest show on earth, beckoned like an unfathomable heartbeat over thirty years ago when I climbed Mt Kenya as a fifteen year old.

The four months I spent there in 1975 changed my understanding of life forever. But it was not until I met Marie in 1995 that we began to listen to the first peoples of the world, from New Guinea, to Tibet, to the Amazon and the Arctic and realize that the twin threats of globalization and global warming were changing the world perhaps forever. Africa, alone among the continents brought us face to face with the imponderables of life like no where else on earth.

There is an abiding fever in her light where life and death, terror and beauty merge as no other place on earth. Africa is where Rimbaud grew a new skin, became a human hyena scavenging experience as the European powers plundered her soul for its riches. Despite the exploitations visited upon her she remains the indispensable continent for the life forms that still move in her shadows and for the songs her cultures harbor like joy born from from the chalice that emerged from the the birthplace of humanity.

On September 11, 2001 Marie and I witnessed an ecstatic Ngoma dance at the base of Mt. Ngiro, where Ngai, the supreme deity of the Samburu resides; we were mesmerized by the Bushmen trance dances in the Kalahari and in Ethiopia we were privileged to see a Hamar initiate successfully jump over over his prize bull and become a man. Everywhere elders gave us warnings about global warmings; how the rains had altered; how things were better in the early days. One Turkana elder emphasized that the droughts had come only with the coming of the white man. All the elders agreed that God, the forces that be, were punishing humanity because we had forgotten how to pray, how to respect the elemental powers.

If there are lessons to be drawn from that initimitable continent,the place we have ignored at our peril, it is that Africa’s lessons are our own. Her first peoples are the oldest on earth, her nomads are some of the last to wander the vast sands of the absolute horizons, which embody our earliest memory.

Her first peoples are among the ontological immune system of the human race. In her being resides a critical relationship to abiding on earth. Africa stands as the shadow of our beginnings, cradle to humanity, and great mirror to what we are in the process of becoming, a thirsting purgatory caught between origin and our common fate.