SAVING THE ARCTIC: the wisdom of the Inuit and the future of the North Pole

SAVING THE ARCTIC: the wisdom of the Inuit and the future of the North Pole

“My friends see forces in and behind things which they personify as Spirits. They believe God or Supreme Beings dwell in the tangible world rather than the cathedrals of White Men. They try to influence the higher world by magical rites. One should be tolerant enough not to ridicule their beliefs.”–Kakagun, Inuit Elder from The Incredible Eskimo

Time is running out to protect the top of the world.

In the second half of the 20th century, Jean Malaurie’s voice is incomparable not just as an advocate for the vast ecosystem of the Arctic and its peoples but also as a humanitarian who saw in Inuit culture a dialectic of integration between their land and its animals, between matter and spirit. Their universe offered a profound looking glass into the language of the Earth and its mysteries, both visible and invisible. His explorations in northern Greenland were as remarkable and steadfast as the journeys of his compatriot and contemporary Jacques Yves Cousteau. 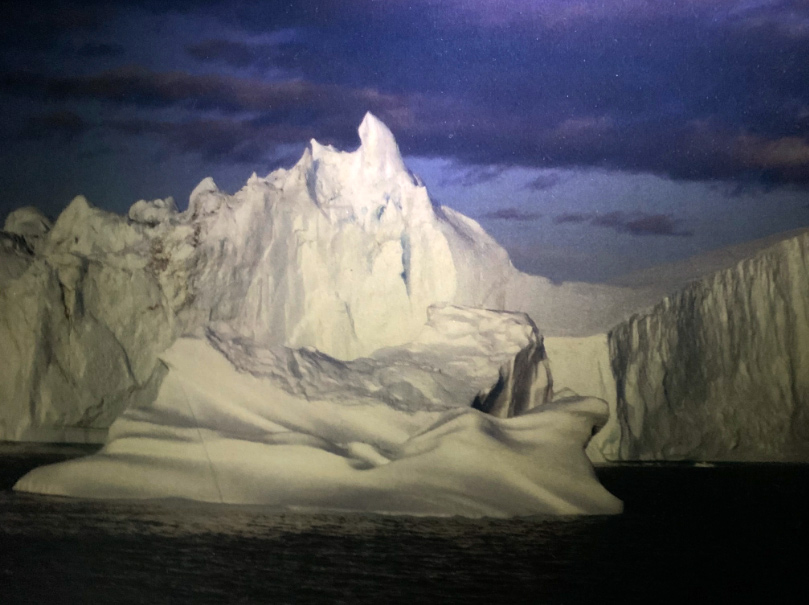 He began as a geologist and geocryologist, studying scree dating back to the Ordovician 400 million years ago. He experienced more than glacial formations, icebergs and the then-seemingly invincible ice pack, but the genesis of an entirely novel order of perception in the Inuit, one uniquely allied to the very mind of the Earth and whose very foundation will determine the future of the planet. Malaurie saw in the north the axis of the world that needed to be preserved before the maddening gait of capitalist civilization. He exclaimed in the middle of the last century, that we have to be vigilant or the future of humanity will be dramatic for everyone. That drama is unfolding today. But few have had the experience and uncanny depth of conscience of living among peoples who were surrounded by subzero temperatures, who honored even the humblest bird, the whales and the polar bears and who saw amidst the extraordinary sweep of the Arctic, not just an extreme of the planet, but in essence, a key measure of the immune system of the entire world.

Malaurie lived in igloos, in -40 degree temperatures, a thinker who went far beyond the trials of the geophysical and observable, but as a diviner of invisible realities.

His mind and soul became Hyperborean. He devoured and unearthed myths of a remarkable alliance between humans and animals. Inspired by the incalculable explorations of Rasmussen among the Inuit of the Arctic, in the early days of the 20th century, Malaurie’s work honored a society that had no need for money and the materialism of civilization. He wanted to not just seduce us with words and affirmations but to convince humanity of the decisive place the Inuit occupy at the forefront of the human condition. He reveled in the Apollonian mind of the extreme latitudes, in Nerrevik, the goddess of the sea, the mythology of the Inuit, their fabulous stories of human animal transformations, and hunting abilities of sheer survival that seem almost supernatural by comparison to the readily provided and processed goods that we devour in our vastly over consumptive, vulgar, and ultimately suicidal society. Malaurie was and still is a cosmonaut of the snows.

I think of him now especially because of the melting permafrost and 100-degree weather that just assaulted 3 million acres in Siberia, roughly the size of Belgium. The carbon emissions are a time bomb to our civilization. The permafrost is melting and the methane being released is an overwhelming issue for the remainder of our earthly days.