Seeing the Elephant in the Room

Seeing the Elephant in the Room

As a concerned parent and Academy Award nominee who helped alert the world to the elephant crisis in the landmark “Agony and Ivory” article in Vanity Fair in 2011, written by Alex Shoumatoff, I deplore the recent CITES decision in South Africa to not give maximum protection to elephants. 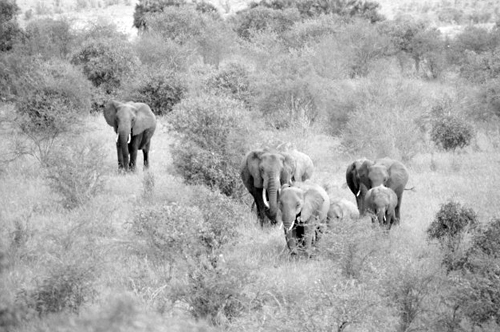 The fact that the EU voted against the African Elephant Coalition to promote the elephants to Appendix I is a shame for humanity and a tragedy for a species that is the great global litmus test for conservation.

Why would the EU block a resolution for Appendix I? The EU just ratified the Paris Climate Agreement. At least France who hosted the recent Cop21 on the climate, voted in favor of the elephant. They at least were rational and sane and voted for life!

That the EU did not want to offend its host, South Africa, is not an excuse. Greater forces and corruption are at work. But at this late date we can no longer play Russian roulette with the elephant. Ivory sales and poaching have decimated both the forest and savannah elephant beyond recognition and some countries like Tanzania have lost 60 percent of their population in just the last few years. It will take generations for the forest elephant to recover.

On its shoulders rests the future of the second-largest rainforest on earth. The decision to close ivory markets won by an overwhelming majority and that should be applauded. But the moratorium on proposals to sell ivory is to expire next year and could set the agenda for renewed trade of ivory. The last time this was done in 2008 a killing frenzy erupted all over Africa.

On the heels of enormous conflict in the Middle East, the American elections and climate change as a whole, I submit that the future of our species partly rides on whether we save the elephant from extinction or not. Our species moved out of Africa alongside this incomparable species and they were our lifeline during years of drought, for they always knew where to find water. We migrated alongside elephants from Africa to Asia to the New World.

We now know there are no more than 350,000 savannah elephant, a 30 percent decrease in less than seven years. We could lose them forever in less than a generation. We continue bureaucratic and political games with a species that represents in large measure the future of an entire continent. 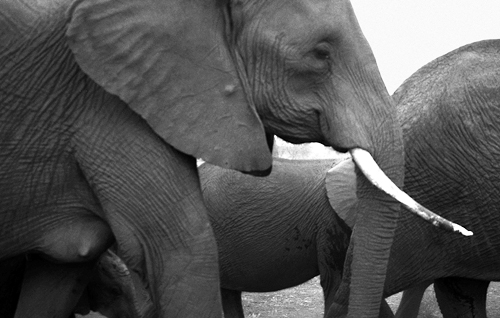 There are human rights casualties all over the world. But the elephant inhabits the human imagination and the irreplaceable sense of wonder like no other species on terrestrial land.

During WWII, Romain Gary in his masterpiece “The Roots of Heaven” wrote, “Where there are elephants there is freedom.” In his book Gary told of prisoners of war in concentration camps who dreamed of elephants free in the last wildernesses of the world. They symbolized the best in humanity which, if we were to lose the elephant, would precipitate our unravelling as a species.

Man will no longer have spaces that are free. We used to kill to eat. Trophy hunters and the barbaric mutilators of the innocent represent perfidy. Their special interests are depleting the population of wildlife continent wide. And local indigenous communities do not reap the benefits.

There is not enough wildlife to sate the appetite of so thirsty a continent as Africa. The lions and rhinos are falling under the gun of assassins. Who will dare explain to children, “This was an elephant.”

I heard a very special story from a man who fought the dictator Charles Taylor in Liberia. Christian Bethelson fought alongside “Master General” against Taylor. Most of the elephants had been destroyed in Liberia, the forests denuded of wildlife. Twelve hundred men were on a campaign to fight the dictator. They had marched for days and suddenly came to a valley and found an elephant mother with her calf. Everyone was amazed. Some saw elephants for the very first time in their lives. They realized that seeing an elephant was a sign of Peace. Master General said, “We have to disarm right now! All 1,200 men lay down their arms because of the relationship that we have with the elephant.” [Editor’s note: “Master General” was the leader of the rebels who eventually overthrew Charles Taylor.]

Elephants need maximum Appendix I protection and the elimination of the ivory trade worldwide immediately, or humanity could lose a continent, and the place where humanity was born. Humanity cannot afford that kind of violence.

The abject materialism, the reinforced concrete, the barbed wire fences that so haunted Gary during WWII still haunts our civilization. The elephant and the other species of earth are the cardinal reminders of a world we cannot do without. They are more than symbolic, they are more than the sum of their ecological reality, they are more than totems for humankind, they are the total weight of sentience and mind on a very small planet. CITES, in treating species as commodities, treats animals as slaves. Humanity is treating the only life forms known in the Universe as expendable. We have become Nature’s butchers.

At some point in the near future, we will have to realize that CITES (the Convention on International Trade in Endangered Species) is an oxymoron. We can no more trade species than we can put humanity’s soul on the stock exchange. At some point soon, perhaps at the next CITES in 2019, when the elephant population will have been reduced another 50,000 individuals, civilization will make a stand and say enough of this massacre.

The esteemed Richard Leakey said he wished for KITES, Killing the International Trade on Endangered Species. It reminds me of what Martin Luther King said, that only when we realize that we have treated animals as slaves will our place on earth be palpable. Only then will we be worthy of being on this planet with the other species of this earth. The elephant’s future is our fate.

Cyril Christo is an award-winning photographer and filmmaker. He and his wife, Marie Wilkinson, have traveled extensively around the world. They have published several photography books exploring ecological and man-made challenges and endangered bioregions and species. The couple is currently working on a documentary film, “Walking Thunder: The Last Stand of the African Elephant,” which weaves a family’s personal journey in East Africa with indigenous people’s stories.

Views expressed in this article are the opinions of the author(s) and do not necessarily reflect the views of Epoch Times.